Star Trek - one of the best films I've ever seen. 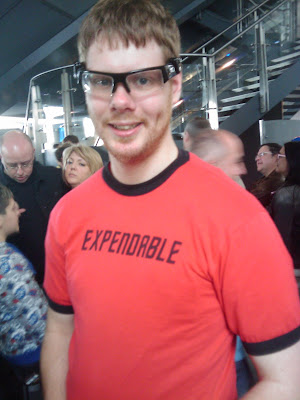 I really enjoyed Star Trek. I thought the way the characters were introduced was amazing and the plot and effects were equally as good. The whole film just worked. I expected it to not live up to my expectations but it surpassed them.

Despite some drama in the build up to the film because we didn't leave enough time to get the doughnuts we'd planned on acquiring to eat in t he cinema. Coupled with by the fact people were queui ng far earlier than we had anticipated meaning we didn't get the best and some more trivial problems with the cin ema I had a brilliant time. 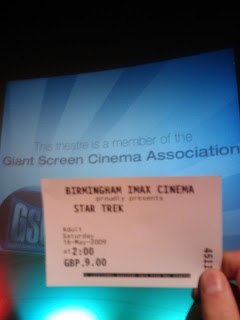 We went to see it at the Imax in Birmingham, the screen was amazing although the whole Imax experience was a little disappointing it remained a joy to watch the film in such great quality.

Some of my gripes about this Imax were certain scenes seemed out of focus which was annoying. Occasionally random bits of dirt would cover large sections of the screen for minuets at a time - clearly something on the lenses which was also annoying.

There was no proper popcorn available and the queues to get food and drinks were to be honest unacceptable.

To conclude I left the cinema having seen Star Trek a very happy man and recommend if you haven't see it yet you make arrangements to do so, if possible at an Imax screen, just not the one in Birmingham.
1 comment:

*edited as my phone only mailed half the post. 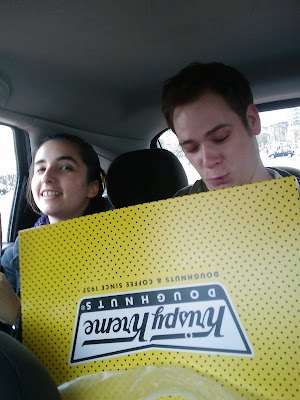 Tim really bigged up these doughnuts, the plan was to have them at the cinema but we arrived too late to get them in time so we had to get them afterwards.

They were some of the best donuts I've had, they were really fluffy and nice but not being a sweet toothed kinda guy I wasn't that wowed. Give me one of Laura's cheese and ham toasties instead any time any day. 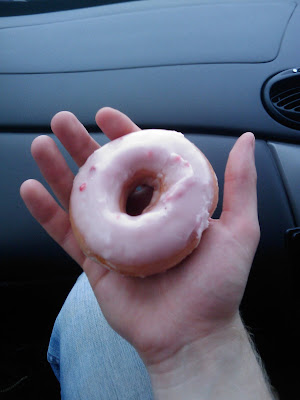 So if doughnuts are your thing Krispy Creme or whatever they were are a good bet, if your not into doughnuts there alright - prob some of the best but don't bother activly seeking them out.