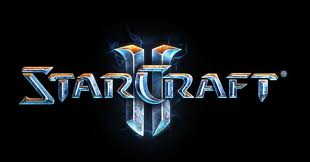 I want to explain /share some of the reasons why I think playing SC2 is a hobby for me. I'm writing this blog to try and show or teach people who know me buy don't understand about the depth of SC and why it's not just a 'game' and secondly to defend something I really enjoy. I find when you explain that you like starcraft as soon as you say it's a computer game some people will instantly make a unfair judgement without really having any idea about why it's special to me. If your not sure what StarCraft is read my previous post here.

I don't think it's fair to do that with computer games in general, but I'm not really wanting to write about 'gaming' in general. I personally don't like committing hours to single player games, but I digress.

So the key points I want to talk about are:

Difficulty:
It's a hard game, in life in general challenges are satisfying when you complete them. If it takes considerable effort to succeed it often feels much more satisfying. It's the whole the more you put in the more you will get out of it cliché. I've only ever played the multi player mode (in two years) and it actually took months to win my first game. Months of playing regularly! - I really didn't understand the game at first and that is what makes it so satisfying, to feel like I've earned every win is an amazing feeling that makes me want to play more.

Because the game is difficult you can get better at it with practice and focus. You can train to get better and when you do you reap the rewards with success this is another great quality of the game, recently I spent a morning practicing hard and when I played with my friends later in the week my friend nick said it was the best he had ever seen me play, this felt good.

There is a very high skill ceiling meaning there is little to limit how good you can get. You must incredible at the game to make the very most of your resources and army. It's impossible to play a perfect game. There are so many thing happening that it's easy to make mistakes - you may not even know you've made them (certainly when you are new to the game this is the case) each mistake you make can put you behind you opponent so while trying to manage your own play you have to do things that distract your opposition, leading to them making the mistakes of their own (this is called harassment).

The game is good a picking people who are of a similar level to you so you have a fair and even game most of the time in 1v1 I rank a lowly silver, most of the time I play against silver or gold league players and if you perform well consistently you will be promoted to a higher level. In team games I'm ranked platinum (and have on occasion beaten masters level players) but this is widely considered to be much easier to achieve than success in 1v1.

You can see there are 4 leagues above silver. So there is plenty of room to improve. Above this their grand master league for the top 200 players in each region (i.e. Europe) it is not unlikely you will find professional players at this level. Yes you read that correctly some people are so good at the game they can make a living from playing it which leads me onto my next point.

SC2 as an eSport:

Professional players complete against each other in front of live crowds and thousands at home.

This is for real prize money generated from advertising sponsorship and fees to view the games. These are streamed live online - often for free. 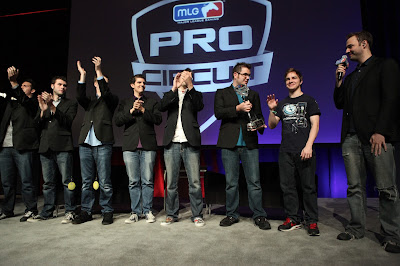 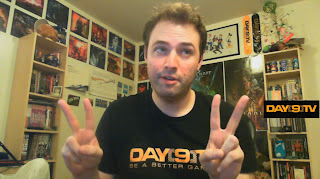 The last thing I love about SC2 is the community of people who are involved in the game. There are the pro players and the commentators who make the game fun to watch when you are not playing and of course make it so can learn to play better yourself.

There are many of these people who are all wonderful but I have to make a special mention for Day[9] a commentator/ or caster who does regular shows explaining in great detail how to get better at the game. If it was not for him I would not have gotten into SC2 as much. The guy is awesome funny and got me through some tough times when I was unemployed and lonely. One of my favorite stories of his Seriously watch this amazing date story wonderfully told by Day[9] he does swear quite a lot, forgive him. I think this guy is the person I would most like to meet in real life, he is a hero to me.

People who you play online are often really nice and friendly, they give you tips type funny stuff or offer to practice with you (this is much better in 1v1) in team games people can be pretty silly and annoying but that's often very amusing when you beat them.

One last honorable mention is Reddit - (I'm not going to give it justice because this post is already long!)

Thanks for reading, I hope now you understand my love of SC2 a bit better now and don't think it's so lame.